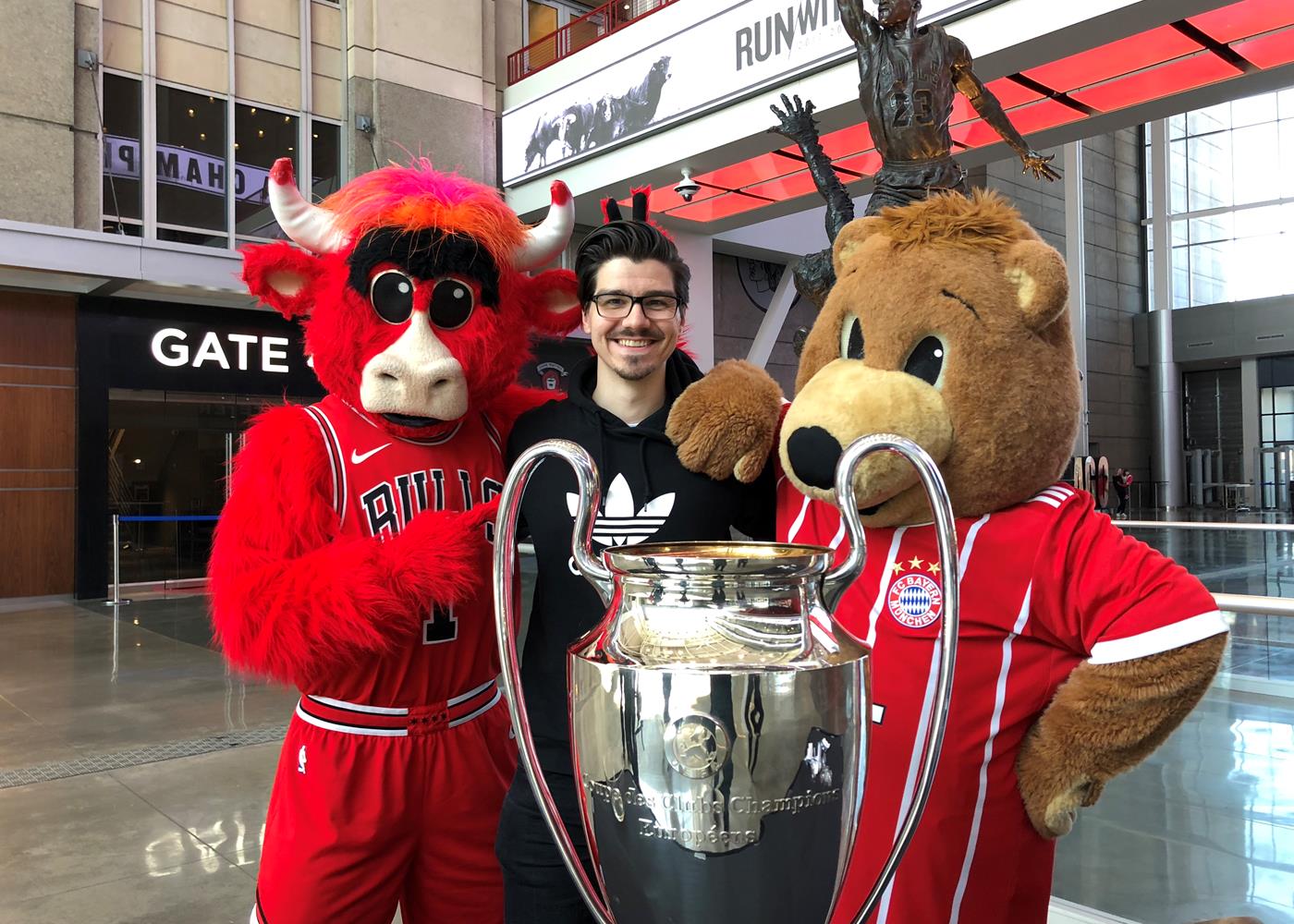 Meet Cris Nyari. Based in NYC, he is our Head of Advertising Strategy, Global. Before joining us, he spent five-and-a-half years living the dream and working for his favourite team – FC Bayern Munich.

His role at DAZN is to work broadly across media, content and marketing, leveraging our vast portfolio of assets to drive revenue and subscriptions for the business.

Why did you decide to join DAZN?

I have always liked the idea of building something from the ground up and challenging the incumbents. I did that as part of the FC Bayern North American initiative working to build the brand and grow soccer in a highly-competitive market dominated by the traditional US sports.

I think DAZN is in a similar position from a media and technology perspective. We are challenging a traditional marketplace and are helping shape new consumer behaviours and broadcast strategies. It has been an amazing experience even in my short time at DAZN, being around so many ambitious and talented people you can really feel the energy and opportunity in the air.

Unorthodox I would say. I majored in International Politics and History so working in sports was the last scenario I imagined. After graduating I had a disappointing experience in the policy space, and after thinking long and hard, decided to take the risk and try to turn my passion, sports and soccer in particular, into a career. I was fortunate that at the time interest in and around soccer was growing exponentially and being in New York City I was also in the epicentre of the media and sports industry.

I began using social media and message boards to build a network within the media industry, being involved in the early iterations of Goal.com and Bleacher Report while also starting and running the first English-language website dedicated to German soccer.  Digital and Social were new platforms where soccer content and community bloomed and with it created new opportunities. That was my entry point into the industry, on the editorial and content strategy side.

From there I joined another familiar company in Opta back in 2011 – they had just opened an office in New York as part of a deal with Major League Soccer and its digital arm. There I headed Operations for the North America business, managing the data collection process, client services and business development, a new but equally rewarding experience at a company that placed data at the core of its work at a time it was also becoming more and more important in the industry.

I was born in Eastern Europe but grew up in Austria. Most people who grew up in Austria followed the German Bundesliga. I started following FC Bayern in the mid 90s because their games were just chaos – pure entertainment, goals galore with animated players and coaches! They finished sixth that season. Little did I know they were the most successful team in Germany and went on to win several league titles and reach the Champions League final a few years later (No comment on that 1999 final lol).

It was very difficult to follow the Bundesliga when I moved to the States in the late 1990s. It wasn’t on TV, newspapers didn’t cover it and the major US sports websites did not give soccer much attention. I had to rely on outdated Kicker magazines sent from Germany to keep up, arriving a month after publication, but this is how I stayed on top of what was happening with my team.

It certainly made me appreciate sports publishing and created a big interest in how the industry and sports coverage in general moved online.

How did the opportunity to work for them come about?

In 2014 I found out FC Bayern were opening an office in the States as part of their international brand-building strategy. They were the first soccer club to take this route, and as a lifelong supporter and avid fan of the sport I could not pass up the opportunity. The club was looking for someone who understood the club’s culture and roots, knew the language and had worked in the industry so it was an incredible case of right place, right time!

For over five years I headed the team’s Americas media strategy, managing audience development across digital, content, fan engagement and partnerships to expand the club’s footprint among fans in the Americas. I remain proud of what we have accomplished in that time, more than doubling our digital audience and building the largest network of official supporters clubs in North America. It has since become a blueprint for many other European clubs and leagues looking to market on this side of the Atlantic.

That is not to say it was not without its challenges, one of many being making the club and players appealing in a cluttered and competitive market. Therefore we were always looking for creative ways to showcase our players’ personalities and the club’s unique values through our content. We also developed partnerships with grassroots youth organisations, university soccer programs and MLS teams to connect young fans and players with the club.

Which players did you enjoy working with the most?

It’s probably a name which will come as a surprise... Here's a little context: we launched a US-specific Twitter account, an offbeat, internet culture-driven account to distinguish ourselves in the market and to showcase the club and players in a more personable light. It just so happened that Mats Hummels (former player, now at Dortmund) began to organically interact with the account, engaging with US fans, calling the account out, making fun of himself and getting other players involved, He really “got” what we were trying to do and thereby elevated our work, his personality and put a giant spotlight on the club.​​​​​​​

In general, our strategy was to work with our colleagues in Munich to create content that engaged the athletes and made the activation fun rather than feeling like a chore. Alphonso Davies is another example of a player who, shy at first having come over from Vancouver at a young age, really came out of his shell once he began to settle in. He engaged with our accounts and really enjoyed himself during content shoots. Fast forward two years and he is now arguably the most creative and fun athlete to follow on Tik Tok on top of being one of the brightest talents in the game.

Do you have a piece of content that you are most proud of?

We had a lot of fun when we had the players over for pre-season tours. We tried to make everything we did with them in the States different to what happened back in Germany.

My personal highlight was probably a shoot with Arturo Vidal and Xabi Alonso in 2016. The setting was Sinatra Park in Hoboken, NJ, on the water overseeing the NYC skyline. The players came from the team hotel only to meet a group of 40 excited kids ready to play against the two of them. The content piece that came from that is still being talked about today.

At the beginning the players seemed ambivalent having trained in 90 degree weather that day, but both being parents and seeing the kids so excited, they really got into it and ended up having a lot of fun. If you make athletes feel comfortable, they open up and that comes across on screen. It was an amazing experience having been able to work directly with the athletes, it’s something I will always cherish.